High-brush absent chip castration, why is the not cheap iPhone 13 still worth buying?

The annual new iPhone is finally on sale, and we got the real phone as soon as possible. Compared with the Pro series, the iPhone 13 lacks the important feature of a high refresh rate. At the same time, it has also been castrated at the chip level. Compared with the Pro series, there is one less GPU core. In addition to these castrations, the starting price of the iPhone 13 series at 5,999 yuan is not cheap. Faced with various domestic Android flagships in the same price range, can the new iPhone 13 still give you the thirteen incense?

The iPhone 13 has introduced a sensor anti-shake function on the main camera, the screen brightness has been increased to 800nits, and the battery capacity has also increased by about 10%. At the same time, Apple “generously” increased the initial capacity to 128G this time, removing the 64G capacity. Options. Of course, talking about the parameters is just a glimpse of the leopard, the real experience can explain everything, let me take you to see how the iPhone 13 experience.

01 Appearance: The bangs become smaller and the rear camera becomes larger, and the overall appearance does not change much

From the front of the fuselage, do you think the iPhone 13 seems a little different? That’s right, the bangs of the entire iPhone 13 series have shrunk by 20% this time. It’s not obvious on the smallest iPhone 13 mini, but the smaller bangs can be clearly seen on the larger iPhone 13. However, although the display area has become larger, Apple has not returned the battery digital display. In addition, the bangs have become a little longer, and some unsuitable apps may have some display problems.

It is worth mentioning that Apple has upgraded the screen of the iPhone 13 series. Specific to the iPhone 13, the maximum brightness has come to 800nits. The readability of the screen is greatly improved under strong light conditions such as outdoors. In addition, the screen cover has also been upgraded to a super-ceramic panel along with the back cover, which is more scratch-resistant than glass.

The line of sight came to the back, and the rear dual camera placed diagonally may be the biggest notch in the appearance of the iPhone 13 this time. In order to accommodate the newly designed lens module, Apple this time rotated the original vertical rear camera by 45 degrees. In addition, the cameras of the four iPhones this year are larger than those of last year, and the overall bulge of the rear camera module is thicker. This also causes the 12 series of protective shells to not be compatible with the 13 series. As for whether this design looks good, please discuss it in the comment area.  Save with Currys discount code, Currys NHS discount code and Currys promo code NHS

Excluding these visible changes, this time the iPhone 13 has become heavier than the 12 series. Specific to the iPhone 13, it is 11g heavier than the iPhone 12. For users who use iPhone 12 as the main machine, the weight change of 11g is still very easy to perceive. However, the heavier body comes with stronger battery life. Apple officially claims that the battery life of the iPhone 13 has increased by up to 2.5 hours compared to the previous generation model. As for the specific results, I will give you the answer using the actual measurements below.

In general, the smaller bangs do not improve the iPhone 13’s positive look and feel, and the diagonally placed rear camera modules are indescribably harmonious in terms of look and feel. In addition, the appearance of the iPhone 13 has not changed much. The heavier body is a big challenge for the user’s wrist.

02 Performance: A15 without a GPU core, performance is still very strong

Starting from the A4 in 2010, the A-series chips have become one of the biggest selling points of the iPhone by virtue of their excellent performance. The iPhone 13 series is also equipped with the latest A15 Bionic chip without exception.

The A15 Bionic processor on the iPhone 13 still uses a 5nm process technology, but the number of internally integrated transistors has increased from 11.8 billion to 15 billion, and performance and energy efficiency have been greatly improved. The 6-core processor design contains 2 performance cores and 4 energy efficiency cores inside, which further increases the data processing advantage by 50%. In terms of GPU, the iPhone 13’s A15 chip is equipped with a 4-core GPU. Compared with the Pro series, it lacks a GPU core, which may affect some scenes that require graphics performance. Save with Amazon Voucher Code NHS and Amazon NHS Promo Code

Of course, to measure the performance of the mobile phone ‘s processor must first run a score, the results are as follows:

In terms of chip performance, the strength of the A15 chip is still beyond doubt. The only thing that can beat it is the full-blood version on the iPhone 13 Pro series. However, the running score is only a theoretical value after all, and actual combat is the most direct way to reflect performance. Here we choose the “Yuan Shen” which can be called a mobile phone stress test for a 15-minute game test and record the frame rate. At the same time, for comparison, we also tested the iPhone 12.

completely smoothly when running “Original God”. After 7 minutes, there was a landslide. The frame rate curve showed sharp fluctuations, especially in battle scenes. Although compared to the iPhone 12’s A14 chip, it has improved full-frame running time and average frame rate, it is still not perfect.

In addition, another problem of the iPhone series that has been criticized-fever, we also tested it. There is still no improvement on the iPhone 13. We measured the body temperature of iPhone 13 and iPhone 12 after 15 minutes of “The Original God”.

It can be seen that after 15 minutes of “Original God”, the average temperature of the iPhone 13 has increased to 39.7 degrees Celsius, which is lower than the 41.8 degrees Celsius of the iPhone 12. But the metal frame can still be noticeably hot during the game. It is recommended that heavy mobile game users use the iPhone for a long time game, or use auxiliary devices such as a cooling back clip.

On the whole, the A15 chip equipped with iPhone 13 has improved performance and heat generation compared with the previous generation. There is no problem in the daily experience, but it has complex modeling and rendering like “Original God”. In the game, due to the lack of heat dissipation design, the experience is still hard to say excellent.

—> You can submit your guest post article at Write for us

After years of development, the image competition on mobile phones has become fierce, and many functions that originally belonged to flagship phones have been quickly decentralized, even in the iPhone camp. This time, the main camera of the iPhone 13 series is equipped with the previous iPhone 12 Pro Max’s exclusive sensor anti-shake function, and the iPhone 13’s ultra-wide-angle lens has also been upgraded. The official claims to increase the amount of light by 47%. How have these upgrades improved the photo effect of the iPhone 13? Let us find out through the proofs.

The improvement of the ultra-wide-angle lens is mainly reflected in the dark environment. The smearing feeling of the iPhone 13 series has become lighter than the previous generation, reducing the processing traces of the picture. It is worth mentioning that during the shooting of the proofs, I found that the white balance of the iPhone 12 is always cold, and the iPhone 13 fixes this problem, and the photos look more real and natural.

In addition, iPhone 13 adds a photography style function, similar to filters, with five built-in presets, and the effect is better than nothing.

Except for the photos that have not improved much, the biggest improvement in iPhone imaging comes from video. This year, iPhone 13 upgraded the upper limit of Dolby Vision video to 4K 60fps. The higher-level ProRes video format is left to the Pro series. Fortunately, the movie effect mode is the standard configuration of the entire series.

In movies, we often see such shots. In a small depth of field, the director reminds the audience of the protagonist in the current picture through the change of focus. This is also one of the narrative techniques commonly used in movies. This time the movie effect mode on the iPhone 13 also achieved a similar effect.

Through the viewfinder, we can see that the iPhone 13 has a clear blur effect like a movie when shooting in movie effect mode. When shooting with the iPhone 12 in the same scene, there is no obvious depth contrast, the picture is flat, and the focus is not prominent.

The realization principle of the film effect mode is similar to the familiar portrait mode, which is calculated by the algorithm in real-time using multi-camera lens parallax. In the early stage of shooting with movie effect mode, users do not need to manually switch the focus, iPhone 13 will take care of everything silently. In the post-editing process, users can also change the position of the focus at will, highlight the desired subject, and make up for errors in focusing during shooting.

Want to realize the film effect mode, the latest A15 Bionic chip is indispensable. With the powerful computing power of the A15 chip, the main body of the screen can be switched so smoothly. However, in order to ensure smoothness, the current movie effect mode can only shoot videos up to 1080P 30fps, which is indeed a small regret.

In general, Apple did not choose to compete with Android friends for camera performance on the iPhone 13 but chose to start with video in a different way. Its newly launched movie effect mode brings the focus change method belonging to the movie machine to the iPhone through the AI ​​algorithm. Above, there is no small temptation for video creators. I also look forward to the Android vendors being able to keep up with Apple’s pace and bring users a more interesting and special shooting experience.

04 Endurance: large battery + A15, endurance for one day of use

From the results, we can see that the iPhone 13 does have a lot of progress in battery life, and I believe it can meet the battery life needs of users for a day.

In addition to battery life, charging has always been the focus of iPhone users. Like the previous iPhone 12 series, this time the iPhone 13 series still has no charging head. In addition to “spending huge sums of money” to buy official charging heads, is there a good choice for third-party charging brands with the same safe performance?

For the first time, we thought of Anker, the leading brand in the charging industry. His new 20W Anxin was fully tested and became our first recommendation. 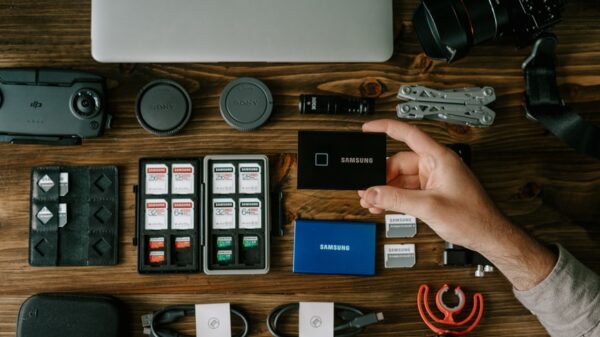 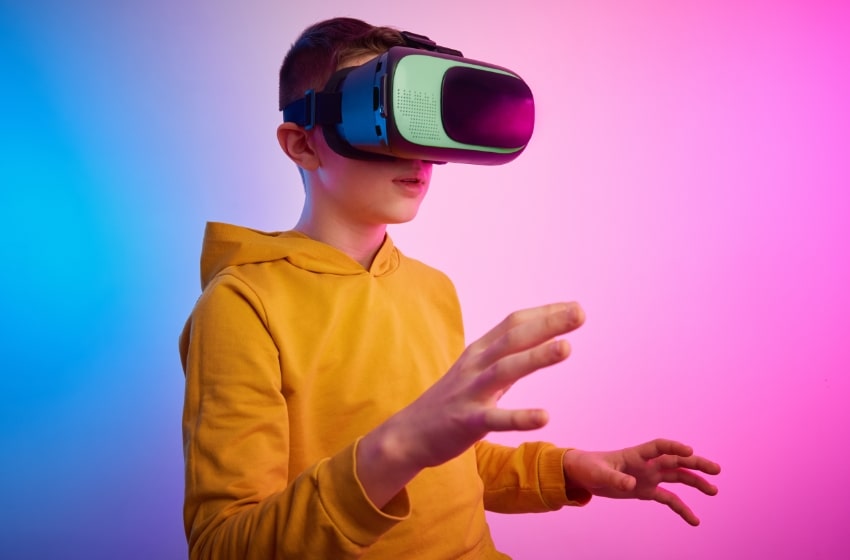 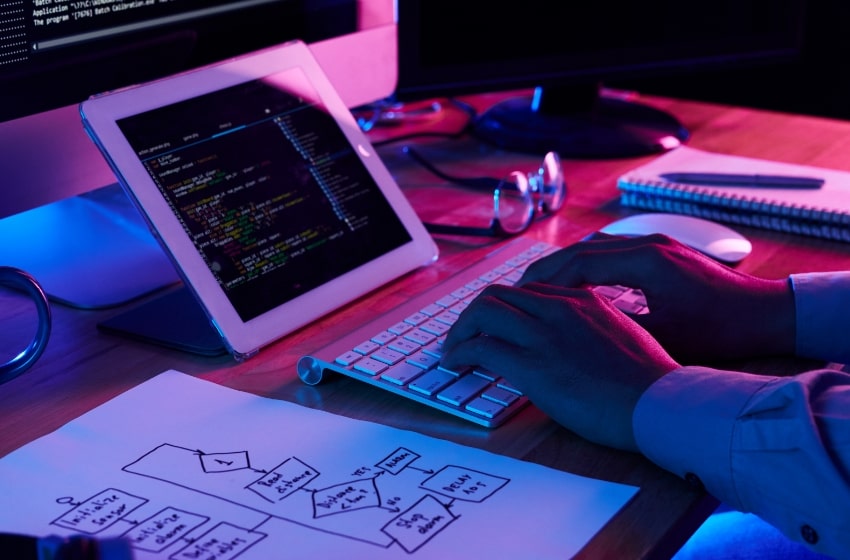 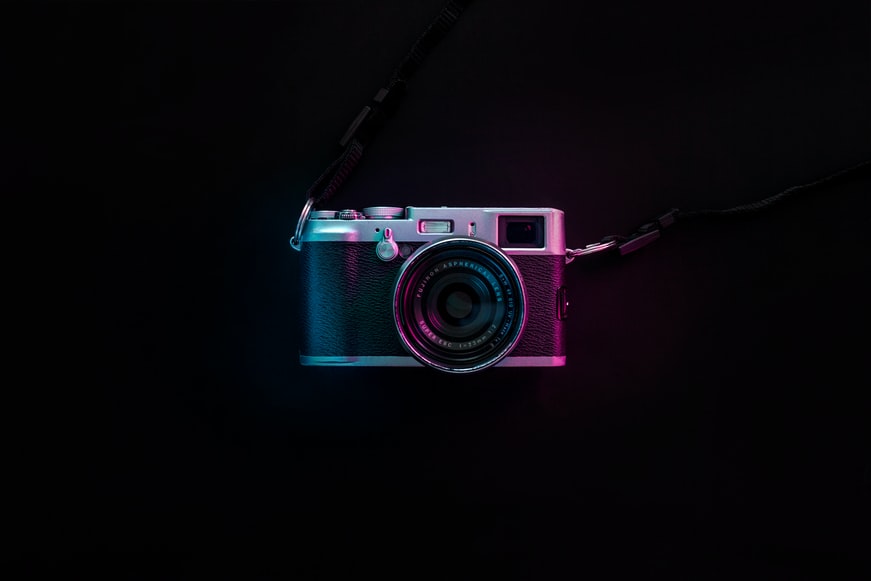 Metro PCS All that You Need to Know About 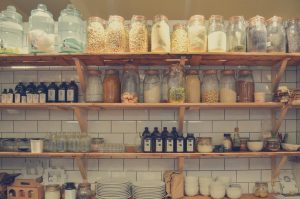 6 Ways to Pack Your Food for Long Term Storage 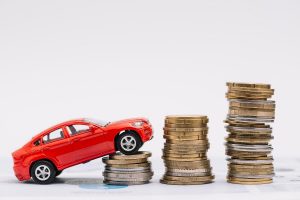